The origins of the Husky Vehicle Mounted Mine Detection System (VMMDS) reach back to the early 1970s and the Rhodesian Bush War.

The escalating use of pressure activated land mines led to the development of the first dedicated VMMDS solution. This design consisted of the now well-known V-Hull crew capsule concept accompanied by two removable wheel bogie sections, one for steering and the other for the drive train package.

These wheel bogie sections were sourced from Volkswagen Kombi vehicles and could be removed and replaced in a short time. Early in the development of the system it became apparent that the preferred option for overpassing land mines and also detecting them lay not in up armouring the vehicle but in decreasing its weight and spreading the vehicle’s mass footprint. The aim was to achieve a pressure force of less than 300 kg over a 120 mm target area, this being the average trigger characteristic of land mines used at that time. The use of racing car slick tyres and understanding the importance of optimal tyre pressures became obvious and duly implemented.

A good driver/operator could achieve proving detection missions at speeds of up to eighty kilometres per hour using pulse induction metal detectors.

In those days, once detecting a target, the driver would stop and reverse over the located device and then disarm the device himself. This vehicle was affectionately called the Pookie, a local name for a nocturnal miniature ape found in Southern Africa.

The Pookie concept was taken to the next level by the South African Defence Force, which developed the Meerkat light VMMDV as well as the Husky, which is able to tow a three-trailer mine detonation combination (Duisendpoot). These Mine Detonation Trailers may have their tyre pressures adjusted manually from an inflation system within the Husky Tow Vehicle. Two pressure selections are available, one for dirt roads and one for sand.

The original SANDF Huskies are equipped with onboard manual Tyre Pressure Control (TPC) systems. These TPCs catered for two tyre pressure settings, i.e. Road and Overpass. These Tyre Pressure Controllers required stationary vehicles, as pressure adjustments were done with flexible inflation hoses. CTIS prepared axles were not available at the time of design.

Early in the last Iraqi war (Just Cause), DCD Protected Mobility commenced, on request from the US Army, with a “Program of Record” upgrade. This called for the Husky to be fitted out with a comprehensive array of sensors, used to detect and combat the ever changing IED threat and be exhaustively tested so as to be included in the NATO supply inventory. These included upgraded detectors, ground penetrating radar systems as well as electronic jamming features. Large displacement race track type air blowers were also evaluated. The Husky was also upgraded to accept a new Central Tyre Inflation system which allowed tyre pressure adjustments while in motion for the first time and from within the protection of the driver’s cab.

A later development has been the two-seater Husky VMMD which caters for a driver and systems operator. The Husky 2G may be equipped with an external interrogation/lifting boom for IED removal and retrieval. The proven Mavtech Driveline / CTIS Control system is integrated into the Husky 2G and communicates via CAN-Bus with the vehicle management system. Complete system functionality is thus possible when the vehicle is remotely controlled on exceptionally risky missions.

The Mavtech Driveline/CTIS Controllers, which control the various Driveline elements, such as Differential Locks, High or Low Range as well as the Tyre Pressure Control features, have been successfully integrated into over 1 300 vehicle systems and are currently fielded by the US Army in various theatres worldwide.

The Husky VMMDS is Type Certified by the US Army and available to all NATO forces. According to Mavtech, this is a source of great pride as a South African design and production house.

“Reliability and the excellent track record of our CTIS Driveline Controller has prompted us to waive the workmanship guarantee on our system,” Mavtech concluded.

The Denel Land Systems G6 self-propelled howitzer remains one of the most accurate long-range 155 mm guns in the world. In 1987, during the last 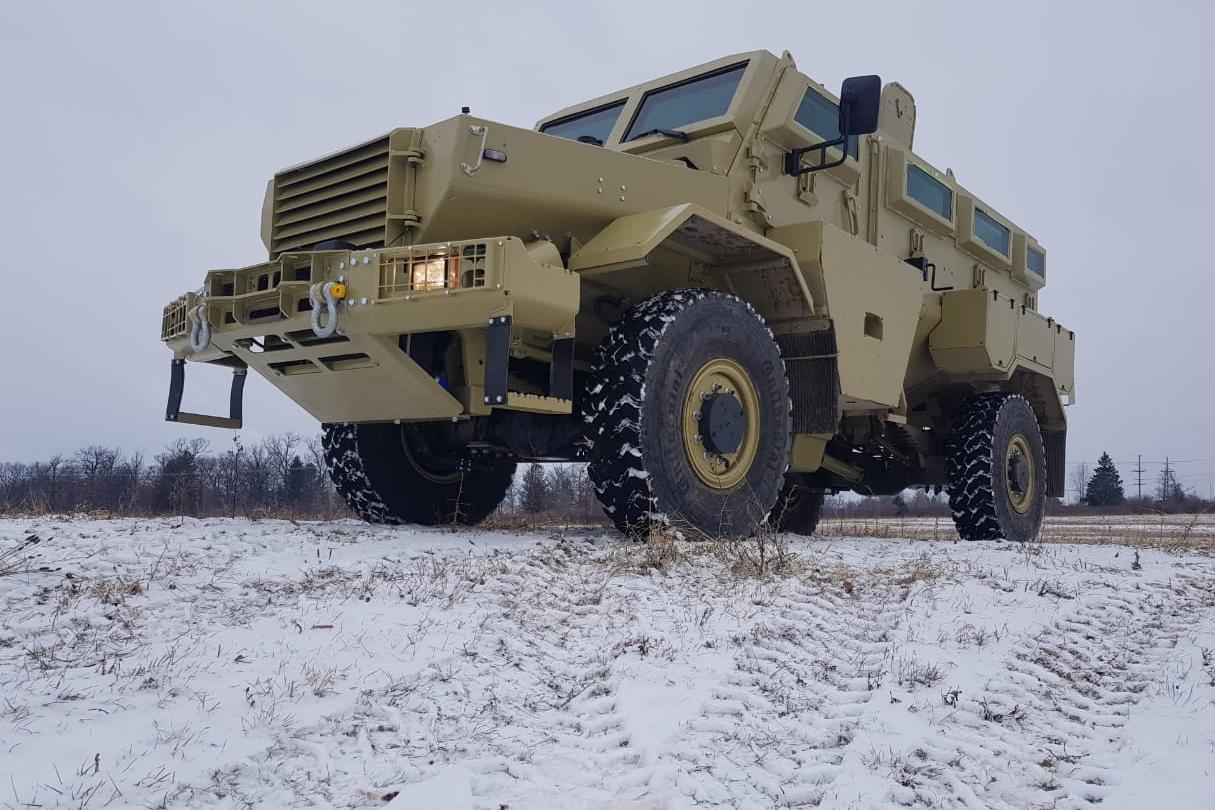 Tyre pressure, automation and driveline control specialist Mavtech has acquired two of its former suppliers as it secures its supply chain amidst the COVID-19 pandemic